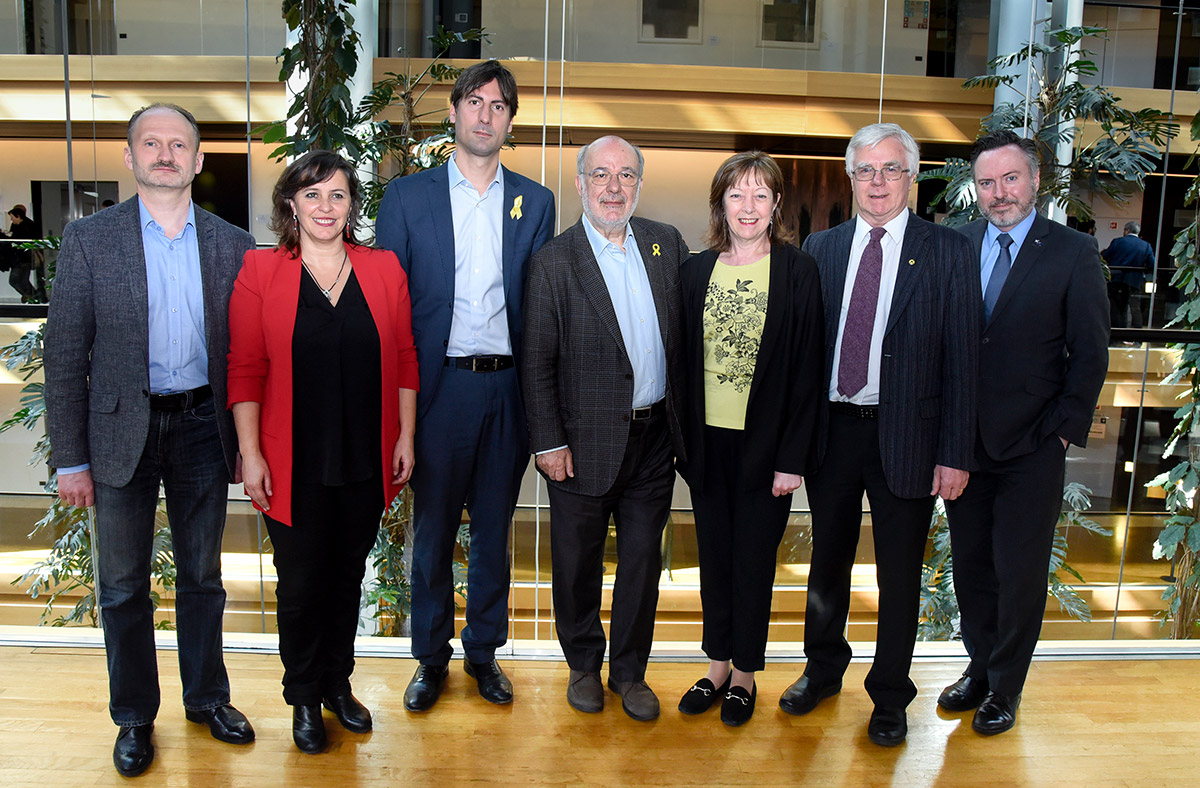 The European Free Alliance (EFA) draws together political parties fighting for democracy and self-determination for the stateless nations and regions of Europe. We are committed to democratic, constitutional and peaceful means. EFA’s work and campaigning is underpinned by the core principles of social justice and equality.

EFA MEPs have achieved greater recognition for Europe’s stateless nations and have highlighted the discrimination faced by minority language speakers. The group are powerful advocates for Europe’s disadvantaged regions, fighting for fair play when the EU decides how to spend its structural funds. Our group has also been particularly active in exposing human rights abuses across the world and in defending civil liberties.

As far as the European Free Alliance Political Party is concerned, it was established in Barcelona in March 2004. It was one of the first Europe wide political parties to be established and has its headquarters in Brussels. The current President of the EFA Political Party is Lorena López de Lacalle of Eusko Alkartasuna (Basque Country).

More than a hundred delegates from the 45 member parties of the European Free Alliance (EFA) have gathered in Brussels to appoint Catalan leader Oriol Junqueras, currently imprisoned, as the first Lead Candidate -also known as Spitzenkandidat- in EFA’s history for the May 2019 European elections. The decision, that has been taken unanimously by EFA […]