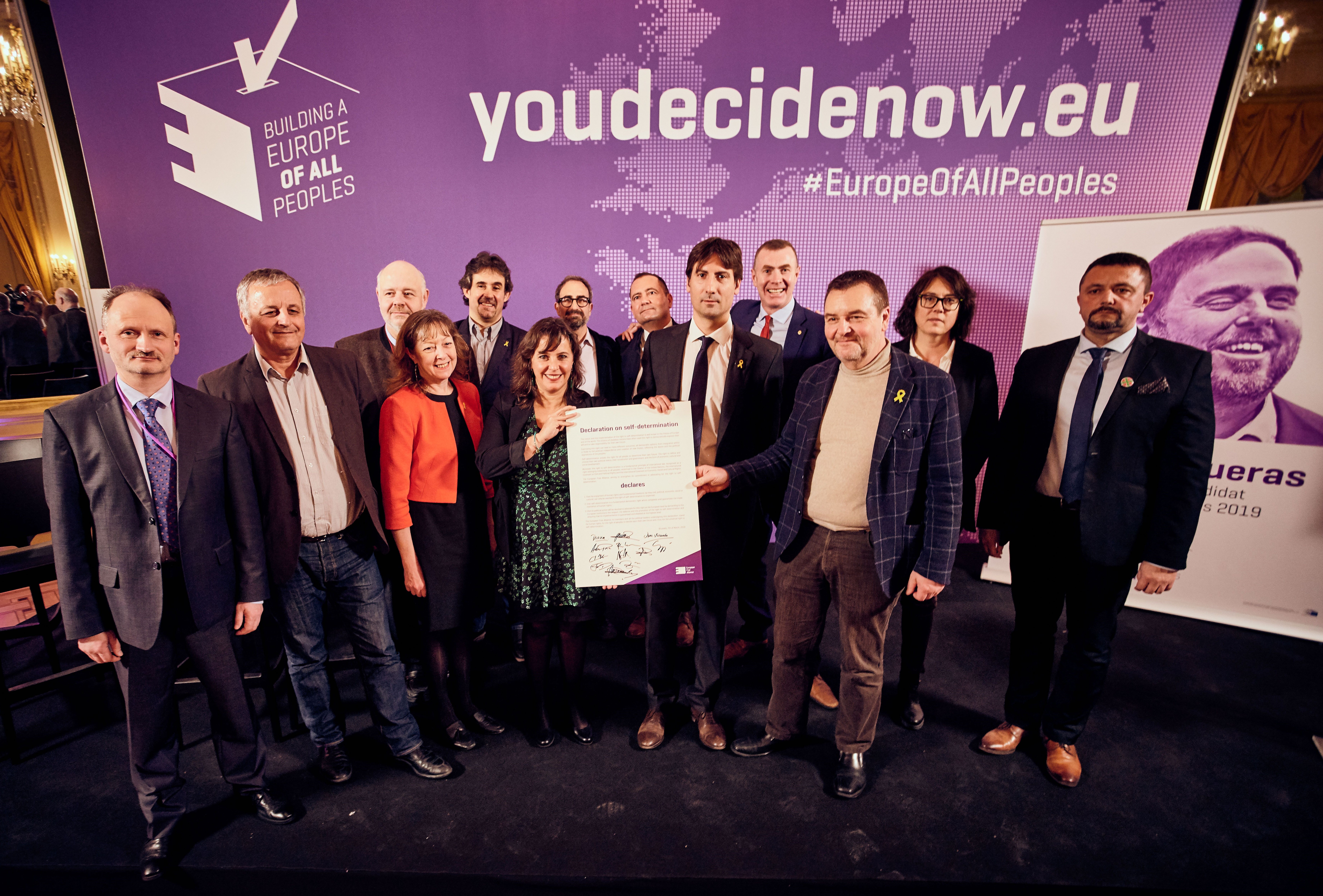 The European Free Alliance (EFA) will be represented in the next European Parliament by at least 12 elected members of 8 regionalist or nationalist parties from 5 member states who will be working in the coming five years to build a real Europe of all peoples based on democracy and the respect for diversity and minorities’ rights.

In comparison with the 2014-2019 parliamentary term and according to the latest data available, this represents an increase in the total number of votes for EFA parties from 3.2 million in 2014 to at around 3.8 million in these elections, as well as in the number of MEPs (from 11 to 12). In total, 22 out of 46 EFA member parties have participated in these crucial elections in 10 member states.

The Republics Now coalition formed, among others, by EFA parties Esquerra Republicana de Catalunya (ERC), Bloque Nacionalista Galego (BNG) and Eusko Alkartasuna as a member of EH Bildu has received the support of nearly 1.3 million voters (less than a million votes in 2014) and 3 seats.

EFA’s first-ever Spitzenkandidat for the European elections Oriol Junqueras has been elected as a new member of the European Parliament since he was also the lead candidate of the Republics Now coalition.

In the United Kingdom, both the Scottish National Party (SNP) and Plaid Cymru/The Party of Wales have seen their best results ever at a European election, winning 3 and 1 seats respectively, and will continue protecting the place of Scotland and Wales as European nations.

The federation of regionalist parties Régions et Peuples Solidaires (R&PS) together with Europe Écologie-Les Verts (EELV) has managed to get more than 3 million votes -third force in France- which has allowed R&PS lead candidate François Alfonsi to become member of the Parliament.

Also the Latvian Russian Union representing the Russian minority in Latvia will get 1 MEP. Finally, the Flemish nationalist party Nieuw-Vlaamse Alliantie (N-VA) will retain 3 out of its current 4 seats in the future chamber.

The historic alliance between EFA and the Greens in the European Parliament has swept to the strongest ever showing in European elections, boosting the tally of MEPs to a projected 69 compared with 52 in the past term. In case this alliance is renewed, EFA/Greens group will have the chance of becoming ‘kingmakers’ in a newly fragmented parliament.

EFA’s vision for a Europe of ALL peoples will be unveiled during the launch of the party’s European campaign on the 7th of March (18h) at the Concert Noble in Brussels, in a ceremony in which EFA’s first-ever “Spitzenkandidat” will be presented together with the different candidates for the May 2019 European Parliament elections. Prominent […]