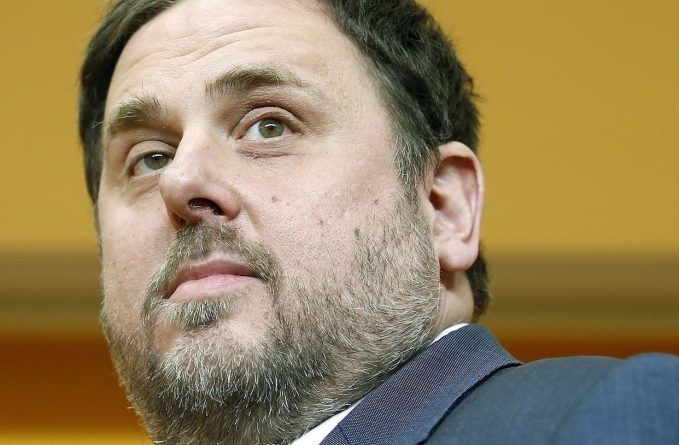 The European Free Alliance calls on all entities and media outlets organizing debates, interviews or any other type of events related to the European elections campaign to find the way to make EFA’s Lead Candidate Oriol  Junqueras participation possible so that he can directly engage in the political debate and get EFA message across.

EFA Spitzenkandidat has been on pretrial detention for over 530 days now. In November 2017, Spain’s public prosecutor formally charged him with rebellion and demanded a 25-year sentence for him for having organized a referendum on self-determination of Catalonia on October 1st 2017.

Despite being unfairly imprisoned, Junqueras is legally entitled to exercise all his political rights and, as the Leading Candidate representing EFA party in the run-up to the European Parliament elections, he must accordingly be given the opportunity to take part in the ongoing campaign on equal terms with the rest of the candidates from other political parties.

“The future of Europe is at stake and EFA wants to be present in the political debate at EU level, we want to build another Europe that includes all peoples, stateless nations and minorities in the decision-making process, and we believe that Oriol Junqueras perfectly embodies and represents EFA values”, says EFA President, Lorena López de Lacalle.

Should his attendance to the different campaign events prove materially impossible, EFA appeals the organizers to accept any alternative solution which would guarantee a democratic and fair debate where all European political parties would participate fairly and where also the voice of EFA’s Lead Candidate can be heard.

EFA firmly believes that excluding Junqueras from taking part in the different campaign events aiming at raising public awareness of the different political projects for the future of the EU would undermine the normal political competition and weaken the democratic character of the campaign.

Member of the European Parliament for Wales, Jill Evans, has joined calls with a cross-party group of MEPs in a letter to Prime Minister Theresa May asking her to urgently bring forward a proposal to replace the funding provided for Wales by the EU. Wales currently benefits from billions of pounds of EU funding. The current […]